How long does it take you to draw these drawings?

It varies tremendously, depending on the size and detail of the art. Pieces like Toad on a Lotus might take about an hour, whereas Dream House took about 25 hours to render. Coloring took another 12 hours!

I never had any formal training as a child, not even a single drawing class. I started doodling when I was a toddler on reams of never-ending computer paper that my father would bring home from work, and from then on I was hooked. My mother was an artist who quickly recognized my natural ability and exposed me to a wide range of creative influences. I drew upon Art Nouveau for a sense of line, Walt Disney for dazzling environments, Peanuts cartoons for physical expressions, Cricket magazine for the concept of “critters,” artist Jesse Allen for incredible detail, and Wesley Dennis (who illustrated Marguerite Henry’s famous books) for rendering horses.

How did you get such an early start as a child artist?

I might never have launched into doing art so intensively had it not been for a family friend who worked at the Ames Research Center library at NASA’s Moffett Field in California. She suggested that the library could host an exhibit of my drawings. I was seven at the time and had no idea that so many people would take to them. Over the years, I had 10 shows at the Center, where visiting scientists would purchase or commission my drawings and take them back to their home countries.

When I was nine, another family friend, who was a Hollywood scriptwriter, introduced me to Larry Sloan, president of Price Stern Sloan publishers. This led to a contract to do two coloring books that were published when I was a teenager. Despite this early commercial success, I really had no idea of what it all meant, and I pretty much lost myself quite happily in my art. To pursue this, I spent almost my entire childhood drawing, often spending eight hours a day at it. To this end, I was home-schooled until I was 13.

By the time I graduated high school, I was burnt out, and I didn’t draw again until I began working for the US Department of Interior, where I created a series of illustrations for the covers of their scientific reports. Gradually, I started drawing again, but this time it was for commercial purposes.

What is your medium?

I mostly work in pen and ink, using water-based felt-tip markers. I occasionally experiment with watercolor or colored pencil, smudged with solvent. On a few pieces, like Night Deer and A Mouse’s Dream, I have penned part of the drawing, then scanned it in on the computer and finished the rest digitally in Adobe Photoshop.

How do you draw these? Do you do them in pencil first?

Sometimes I sketch out a central figure to get an idea of the size, or if I need to make sure something is anatomically correct. More often than not, I just jump with a pen. I always start with the central item, like an animal, and then fill in the rest of the detail around it.

I see all these little animals running around. Who are they?

These are lifelong pals, and they consist of frogs, mice, snails, hedgehogs, and the occasional shrew.

Where do you get your inspiration from?

All over, from gift wrap to The Far Side. These days I often turn to hauté couture fashion, textiles, innovative jewelry design, and surprisingly, architecture. And then, of course, the old mainstays are still reliable—Tiffany glass, nature in all its forms, and illustration directories. If I had a few more lifetimes to live, I would be a fashion designer, automotive stylist, and a skyscraper architect.

Who are your favorite fashion designers?

Emanuel Ungaro for his beautifully feminine sculpted forms and sense of color, Roberto Cavalli for his exquisite prints, and Christian LaCroix for his over-the-topness.

How do you pronounce your first name?

My first name is Mee-A (long A). Or think of a conceited Canadian: “Me, aaaye?”

Do you ever sell your originals?

As a general rule, I keep my originals to make duplicate prints. However, especially with larger watercolors, I occasionally do sell the original painting.

Do you do commissions?

Many clients have commissioned artwork for birthday gifts, or to fit specific themes or color schemes in their homes. I can also do custom art for corporate holiday cards, weddings, and fundraisers. Please email or call me for details.

Why are your drawings often in a circle shape?

A shoulder injury when I was 11 severely limited the range of movement in my right arm for several months. Up until that time I drew on huge rectangular sheets of paper, often 2 by 3 feet. But with my arm in a sling, I was forced to create on a smaller scale. So one day I took a coffee mug, turned it upside down, and traced its outline on paper. That was the beginning of 3-inch-diameter circles. Then I realized I loved the challenge of fitting an intricate scene in the tiny rounded space, as well as its more organic look, and from then on circles became my specialty. 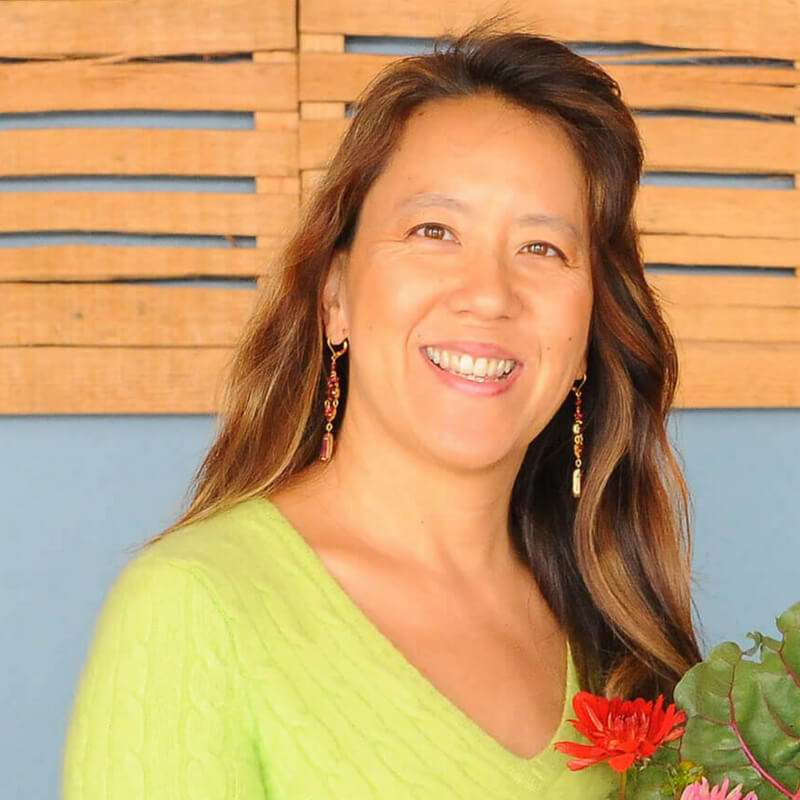 All of Mi Ae's Projects